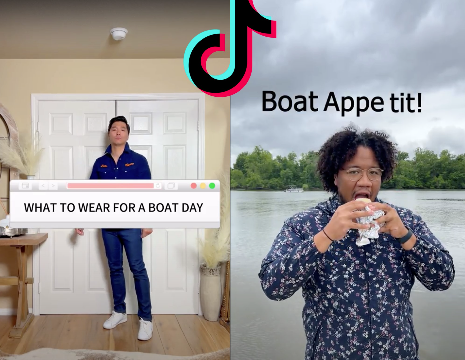 Discover Boating, powered by NMMA and MRAA, launched two pilot TikTok campaigns this summer – #BoatAppetit and #WaterWear – to further engage the next generation of boaters and connect with the brand's target audience in an authentic way on a platform where they are already consuming content.

Rather than a “traditional” media buy, this strategic effort allowed Discover Boating to break through to consumers across a variety of demographics and interests and helped tell the industry’s story through relevant influencers who encouraged their engaged followers to get on the water and learn more at DiscoverBoating.com.

How did the TikTok campaign perform?

Check out the videos below: