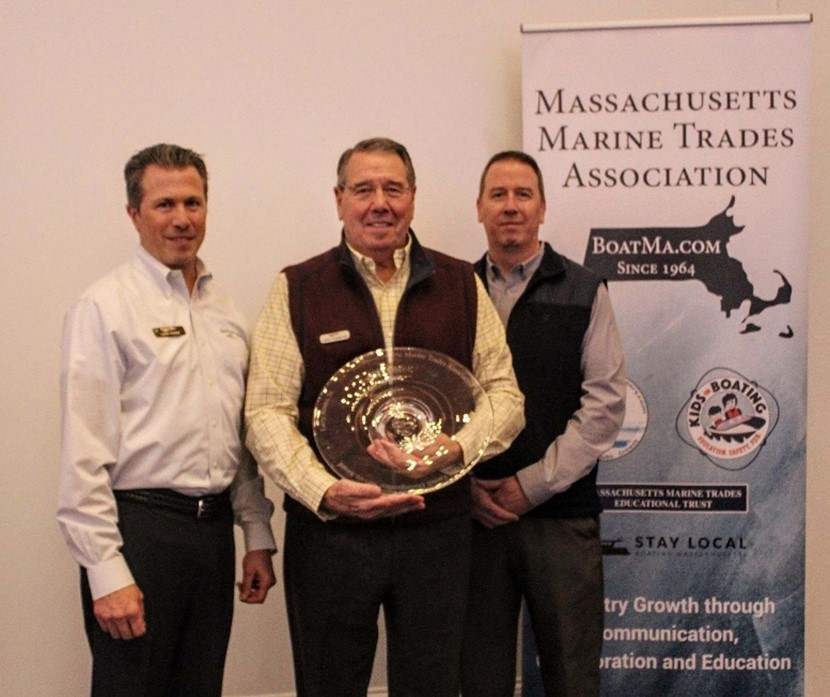 The Massachusetts Marine Trades Association (MMTA) presented longtime industry leader and former owner of Russo Marine, Larry Russo Sr., the Frank Farrell Distinguished Service Award last week at the Business of Boating (BOB) Conference at the Lakeview Pavilion in Foxboro, Mass. After being acquired by MarineMax in 2016, Russo Sr. remained with the company as the Senior Vice President of MarineMax Northeast.

“To say Larry is deserving of this award would be a clear understatement based on the accomplishments and impact he has made in the recreational boating industry here in Massachusetts and nationally," said Randall Lyons, executive director of the MMTA.

“I’m honored and proud to co-present this award to my dad,” said Larry Russo, Jr. “His life-long commitment to improving the business of boating has truly made our industry better for all involved.”

“Larry has always been committed to the advancement of our industry and we have all greatly benefited from it,” said Warren Kelly, of Baert Marine and co-presenter of the award. “Over the years he has selflessly given so very much of his time and continues to do so on both a local and national level. It is with great respect that I share in recognizing my friend personally and on behalf of the Marine Industry.”

Russo Sr. grew up in the recreational boating industry and has had a legendary career that has spanned nearly 60 years. He has held the following key leadership roles during this time: