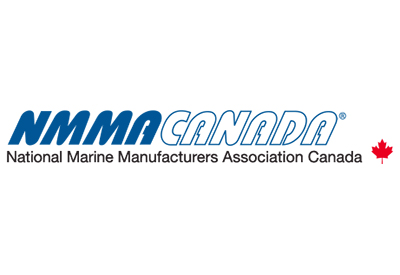 A recent economic analysis, An Economic Evaluation of the Proposed Luxury Boat Tax, conducted by Jack Mintz, Ph.D., at the School of Public Policy at the University of Calgary, in conjunction with Fred O'Riordan at EY Canada, concludes that Canada’s proposed ‘luxury tax’ on new boats will collect little revenue while threatening middle-class jobs across the country. The economic analysis finds the luxury tax would lead to a minimum CA $90 million decrease in revenues for boat dealers and potential job losses for 900 full-time equivalent employees (FTE).

The Canadian government announced in the Budget last spring that it plans to introduce a tax on select items, including new boats above CA $250,000, beginning in 2022 (the government has not yet tabled legislation to confirm the date the tax takes effect). While the original proposal was to tax all boats above CA $100,000, NMMA’s strong and sustained advocacy over the past two years pressured the government to raise the threshold to $250,000.

"This report affirms what we know to be true: The proposed luxury tax is economically destructive to Canadian businesses and a self-defeating policy that will hurt middle-class workers," said NMMA Canada president Sara Anghel. "NMMA urges the Canadian government to correct course on this misguided tax within the federal budget. We cannot afford to jeopardize our fragile economic recovery by decimating our domestic industry and putting thousands of good jobs at risk at a time when we need them most."

"Using a conservative measure of the impact on sales, we estimated a $29-million gain in revenues from taxing yachts — but at a loss of 900 jobs and $90 million in sales. And that may be an underestimate since some research suggests the sensitivity of yacht demand to taxation may be greater than we assumed. Our bottom line was that the luxury boat tax would raise little revenue and would largely fall on the middle-income workers, who would no longer service or manufacture high-end boats in Canada."

NMMA Canada continues to monitor the situation and is proactively meeting with various government officials, Members of Parliament and their staff to encourage the removal of the proposed luxury tax, and allow for reprieve for the country’s boat builders and those who deliver boats to customers.