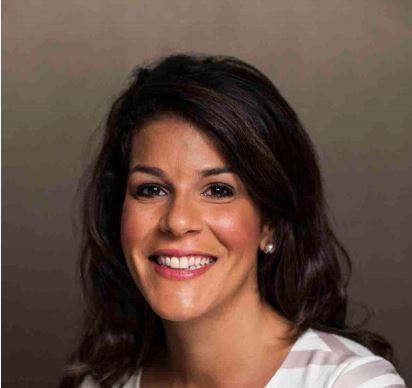 NMMA announced today that Nicole Vasilaros, NMMA’s Senior Vice President, Government and Legal Affairs, is moving on from the Association after accepting the role of Vice President, Advocacy and Government Relations at the Business Roundtable. Vasilaros will remain onboard at NMMA through April 23 and following the 2021 American Boating Congress (April 21-22) to ensure a smooth transition.

Vasilaros began at NMMA in 2011, rising through the ranks from State Government Relations Manager to Senior Vice President of Government and Legal Affairs, overseeing the industry’s advocacy work at the federal, state, and international levels of government.

“Nicole has made a tremendous impact at NMMA and leaves a lasting legacy with countless contributions to the protection and expansion of the recreational boating industry. We are grateful for her time at NMMA, and we know she will excel at the Business Roundtable,” said Frank Hugelmeyer, NMMA president. “With a strong foundation in place, our experienced team will continue NMMA’s proactive advocacy work at every level of government, ensuring the continued growth and prosperity of the recreational boating industry.”

During her time at NMMA, Vasilaros advanced and enhanced the Association’s advocacy efforts, spearheading a multi-faceted approach that included robust lobbying, stakeholder engagement, political fundraising, communications and coalition building. Her successes include counseling members on COVID-19 response, helping to pass the most significant recreation legislation in a decade—the Modern Fish Act, overseeing 150% growth of the industry’s BoatPAC, managing the industry’s response to executive branch actions on international trade, and leading the industry’s presence at Democratic and Republican National Conventions.

In addition, Vasilaros has had an integral role in the development and advancement of the Outdoor Recreation Roundtable into the leading business coalition for the outdoor community.

With the departure of Vasilaros, NMMA is forming a search committee to find her replacement. Email inquiries can be sent to rgallery@nmma.org.