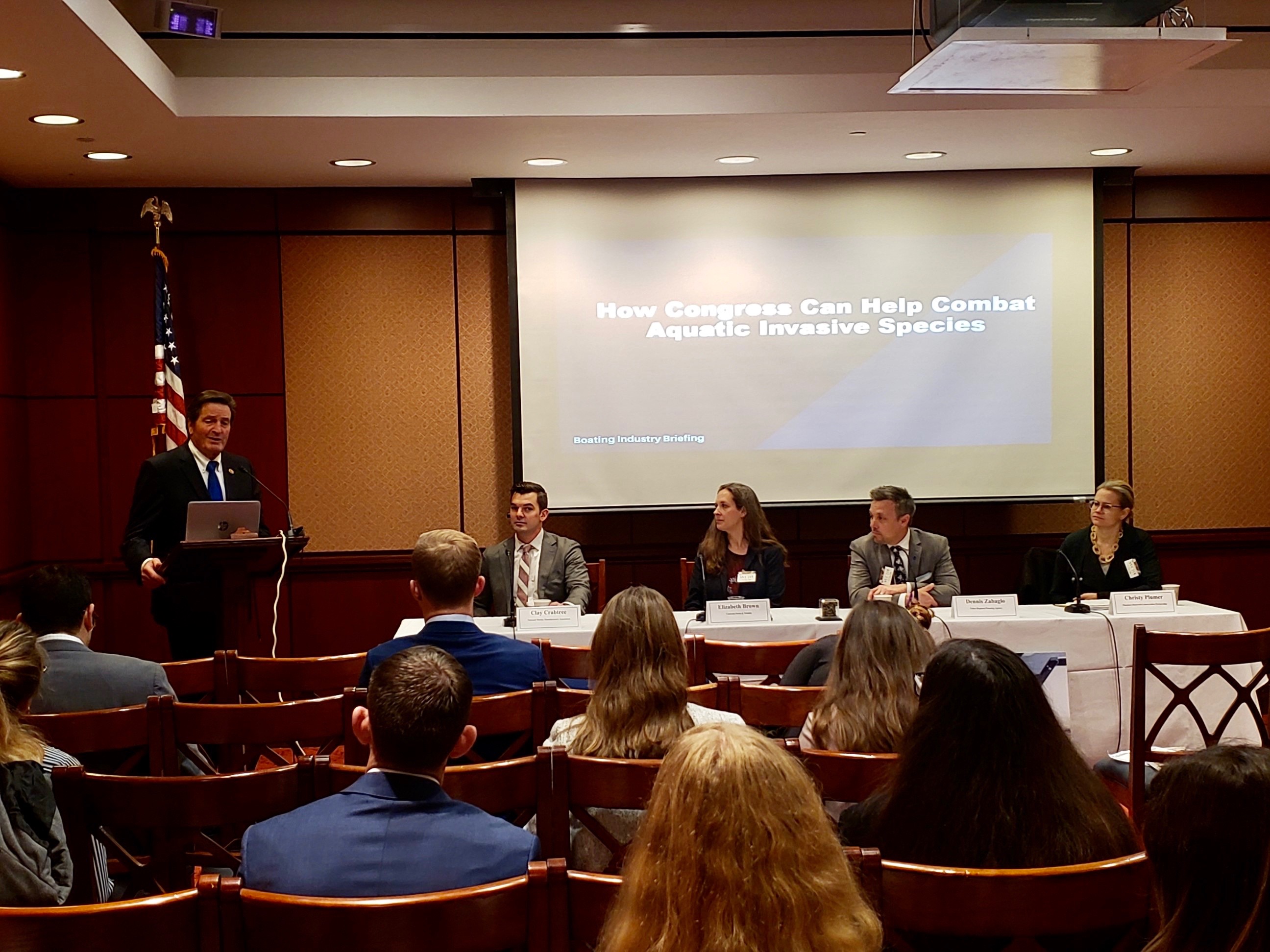 Representative Garamendi spoke about the impact that AIS have had in his district, including to the recreational boating community. Representative Garamendi noted that stopping and reversing the spread of AIS is a national issue that Congress should address and added that robust federal investment is needed to tackle the issue.

Ms. Brown highlighted the efforts that Colorado and many of the western states have conducted by investing in personnel and decontamination stations to protect against the spread of AIS, while Mr. Zabaglo discussed the importance of public-private partnerships to provide additional resources to help prevent the introduction of new AIS into Lake Tahoe – which has a $5 billion outdoor recreation-based economy. Ms. Plumer detailed the harm that AIS have on the environment and recreational fishing and highlighted how conservation organizations and NMMA are working together to ensure federal agencies provide adequate resources to combat AIS.

NMMA thanks Representative Garamendi, the panelists and audience members for attending and participating in the event. For more information, please contact NMMA director of federal government relations, Clay Crabtree at [email protected]