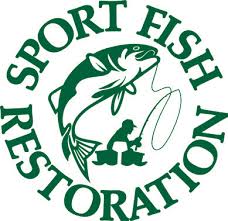 Yesterday, Representatives Garret Graves (R-LA-06) and Joe Cunningham (D-SC-01) – members of the Congressional Boating Caucus – introduced legislation to reauthorize and restore the Sport Fish Restoration and Boating Trust Fund (Trust Fund) – a $650 million program established at the behest of recreational boaters and anglers in 1950 to pay for conservation and infrastructure projects in all 50 states. Protecting and expanding the Trust Fund is a long running NMMA advocacy priority and the association is urging Congress to immediately pass the measure, officially referred to as the Sport Fish Restoration and Recreational Boating Safety Act of 2019.

“Thanks to the leadership of Representatives Cunningham and Graves, we are one step closer to reauthorizing the Sport Fish Restoration and Boating Trust Fund and ensuring that the program begins addressing modern issues impacting the recreational boating community,“ said Nicole Vasilaros, NMMA senior vice president of government and legal affairs. “Paid for by recreational boaters and anglers, the Trust Fund is the backbone of fisheries conservation, providing critical funding for these efforts at the national and state levels, and we call on all members of Congress to swiftly approve this overwhelmingly bipartisan bill.

“Recreational boaters and anglers are among the nation’s original conservationists – our community led the charge to establish the Trust Fund nearly 70 years ago. Today, we provide the vast majority of funding to the $650 million-dollar program, which, since its inception, has stocked nearly four billion fish, facilitated over eight million boat safety inspections, taught more than four million students aquatic education, and protected over 63,000 acres of fish habitat. This legislation will only bolster these contributions and projects, while allowing the 142 million Americans who take to the water each year to responsibly enjoy their cherished pastimes for generations to come.”