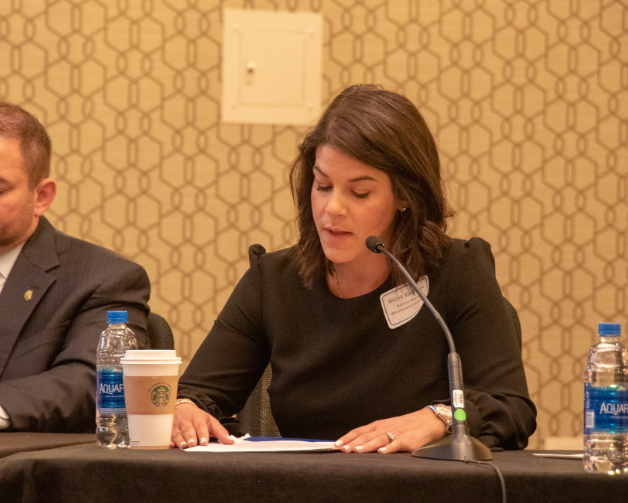 Last Friday, the Environmental Protection Agency (EPA) held a public field hearing on its proposed rule to lift the restriction on summertime sales of gasoline with 15 percent ethanol (E15). NMMA and its coalition and industry partners have long opposed increasing the volume of ethanol in the fuel supply and are weighing all options to thwart EPA’s proposal.

According to Vasilaros, "The EPA's rule allowing year-round sales of E15 is an affront to consumers who use gas-powered products and expect the EPA to look out for their best interests. With year-round sales of E15, the risk of misfuelling will lead to potentially disastrous consequences and jeopardizes the safety of the consumer. In the interest of consumer safety, the agency should consider abandoning the rule.

"In certain products, E15 use is prohibited by law due to safety concerns. In fact, the use of E15 can destroy engines in a wide-range of consumer products including boats, generators, motorcycles, and others. What's more, many Americans are unaware of the dangers of high ethanol fuels. A recent Harris Poll commissioned by the Outdoor Power Equipment Institute shows that more than 3 in 5 Americans mistakenly assume any gas sold at a gas station is safe for their gas-powered products. Additionally, many gas stations have E15 labels smaller than a pack of gum. Boat owning Americans who have small, towable boats that they fill up at their local gas stations remain at increased risk of misfuelling.

"Lack of consumer knowledge about the new rule in addition to the demonstrated harmful effects of E15 on certain products make a clear-cut case for the EPA to abandon its proposed rule and protect consumers. While the EPA's decision to potentially allow additional consumer education and protection measures is welcome news, the agency's desire to hasten the roll out of the rule achieves the opposite effect. We hope to continue working with the EPA and other industry groups on improving labelling, strengthening consumer education, and otherwise mitigating the disastrous effects of this new rule."

EPA is expected to make a final decision on year-round E15 sales in the coming weeks.