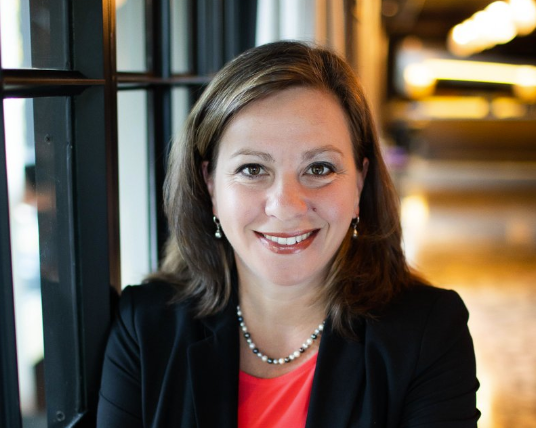 NMMA announced today that Sara Anghel, NMMA Canada president, is moving on from the Association after accepting the role of President/CEO for the Greater Toronto Hotel Association. She will remain onboard at NMMA through December 7.

Anghel has been with the NMMA for nearly 15 years, starting as Vice President of Government Affairs for NMMA Canada before becoming NMMA Canada President.

“Sara has been a valued member of the NMMA leadership team with a long list of accomplishments throughout her tenure. We thank her for her many years of service, leadership and impact and wish her well as she embarks on her next adventure,” said Frank Hugelmeyer, NMMA President.

During her time at NMMA, Anghel has had a significant role in advancing the Association’s advocacy efforts in Canada. She was instrumental in the removal of the retaliatory tariffs on boats in Canada and the industry’s response to the proposed luxury tax, as well as creation of the first Recreational Boating Day on the Hill to bring industry issues to parliamentarians each year.

Anghel was also elected as the first female president of the International Council of Marine Industry Association (ICOMIA). She was named the 2019 Darlene Briggs Woman of the Year, received Boating Ontario’s President’s Award and served as Chair of the National Recreational Boating Advisory Council for more than six years.

“It is with a very heavy heart that I have decided to leave NMMA to pursue a new opportunity. Every single day of the last 15 years has been enjoyable and rewarding. I am thankful to have had the honor and privilege to represent the recreational boating industry across North America and the world,” said Anghel. “The friends and colleagues I have met along the way have been so supportive and these relationships will last a lifetime. I will miss the industry and the amazing people dearly.”

With the departure of Anghel, NMMA is forming a search committee and will be working with a Toronto-based search firm to find her successor. In the interim, NMMA Canada-related inquiries can be directed to Jim Wielgosz, NMMA’s Director of Federal & Provincial Government Relations at jwielgosz@nmma.org.