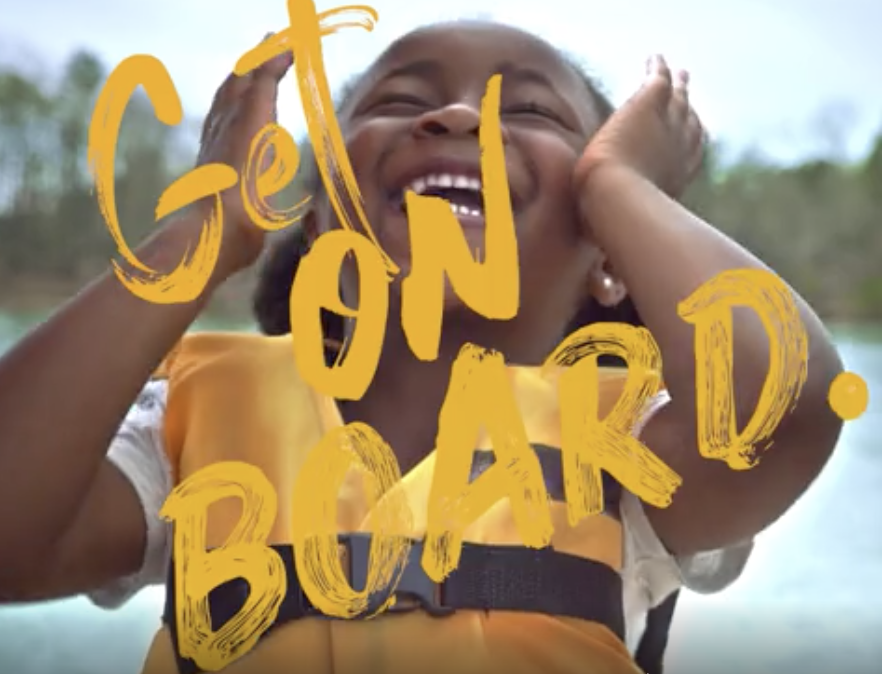 This summer, the recreational boating and fishing industry rallied together in support of a public service campaign to encourage consumers to take to the water, which yielded unparalleled results on many levels. The Get On Board campaign from Take Me Fishing and Discover Boating amplified the industry’s collective voice during a time when consumer interest in safe outdoor recreation was at an all-time high amidst COVID-19 – ultimately generating 1.8 billion impressions and more than 20 million online video views.

“We joined forces with the National Marine Manufacturers Association (NMMA) and Marine Retailers Association of the Americas (MRAA) to create a first-of-its-kind industry-wide effort, which uniquely positioned us to tell our story to new and existing audiences in a more impactful way,” says Frank Peterson, President and CEO of the Recreational Boating and Fishing Foundation (RBFF). We are thrilled to see an influx in participation and to have strategically sparked more meaningful engagements, including a 167% year-over-year increase in digital traffic to Take Me Fishing. Reaching new audiences is invaluable to bringing in the next generation of boaters and anglers in an organic way.”

The Get On Board integrated marketing campaign featured digital advertising, public service announcements, social media and public relations. Highlights of the campaign’s success include:

“Not only was there a rise in new boat buyers and fishing licenses purchases, the Get On Board campaign piqued consumer interest at the right time and provided the perfect remedy to pandemic stress that triggered a flurry of positive attention around boating and fishing,” says NMMA President Frank Hugelmeyer. “During these unprecedented times, Americans were compelled to experience the restorative power and social distancing benefits that only boating and fishing can provide. This campaign helped to motivate more people to rediscover their love for the outdoors by offering safe ways to get on the water and reconnect with loved ones.”

“With the industry’s collaborative efforts, we were able to leverage the Get On Board assets and bring more awareness to boating and fishing than ever before,” says Matt Gruhn, MRAA president. “We are proud that nearly 400 marine industry businesses got involved to support the campaign and help spread the message that boating and fishing are enjoyable ways to recreate responsibly among many Americans who were yearning for safe outdoor recreation this summer.”

For questions about Get On Board, please contact Take Me Fishing’s Stephanie Vatalaro at svatalaro@rbff.org or Discover Boating’s Ellen Bradley at ebradley@nmma.org.