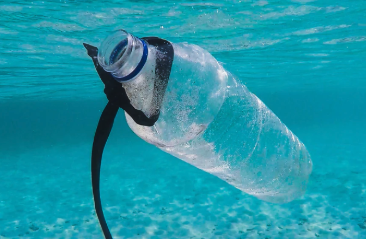 In their first week back in session, the U.S. Senate voted unanimously to pass key legislation to address the growing global marine debris crisis. The Save Our Seas 2.0 Act (S.1982/H.R.2969) – sponsored by Senator Dan Sullivan (R-AK) and Representative Suzanne Bonamici (D-OR) – is supported by NMMA and would create a federal marine debris foundation, establish a “genius prize” to encourage the development of solutions to address plastics pollution, and launch a number of federal studies into marine debris.

Last year, Congress unanimously passed the bipartisan Save Our Seas Act, which reauthorized the National Oceanic and Atmospheric Administration’s (NOAA) Marine Debris Program through FY2022 at $10 million annually and implemented additional measures to improve other domestic marine debris programs. The Save Our Seas 2.0 Act builds upon this success by improving the U.S. response to marine debris, incentivizing international engagement, and strengthening domestic infrastructure to prevent new marine debris.

“Save Our Seas 2.0 is the most comprehensive marine debris legislation ever to pass the U.S. Senate,” said Senator Sullivan. “Our legislation aims to tackle this global challenge on three fronts – improving America’s ability to respond to marine debris events and clean up waste, working toward international cooperation and agreements with nations responsible for the majority of trash entering the oceans, and exploring new, innovative ways to manage and even reuse plastic waste. The Senate’s resounding support for our bill today is another sign that the federal government is ready to take serious steps to address a challenge that impacts our coastal communities, many of them in Alaska. I want to commend my colleagues, particularly Senators Whitehouse and Menendez, for their hard work on this legislation as we look to get SOS 2.0 across the finish line in the House.”

The Save our Seas 2.0 Act will not solve the entire marine debris problem, but the measure represents a significant next step towards addressing the issue at home, while enhancing global collaboration and engagement.

NMMA applauds Senator Sullivan and Representative Bonamici for championing comprehensive solutions to mitigate and remove marine debris and urges the House to expeditiously pass the measure.