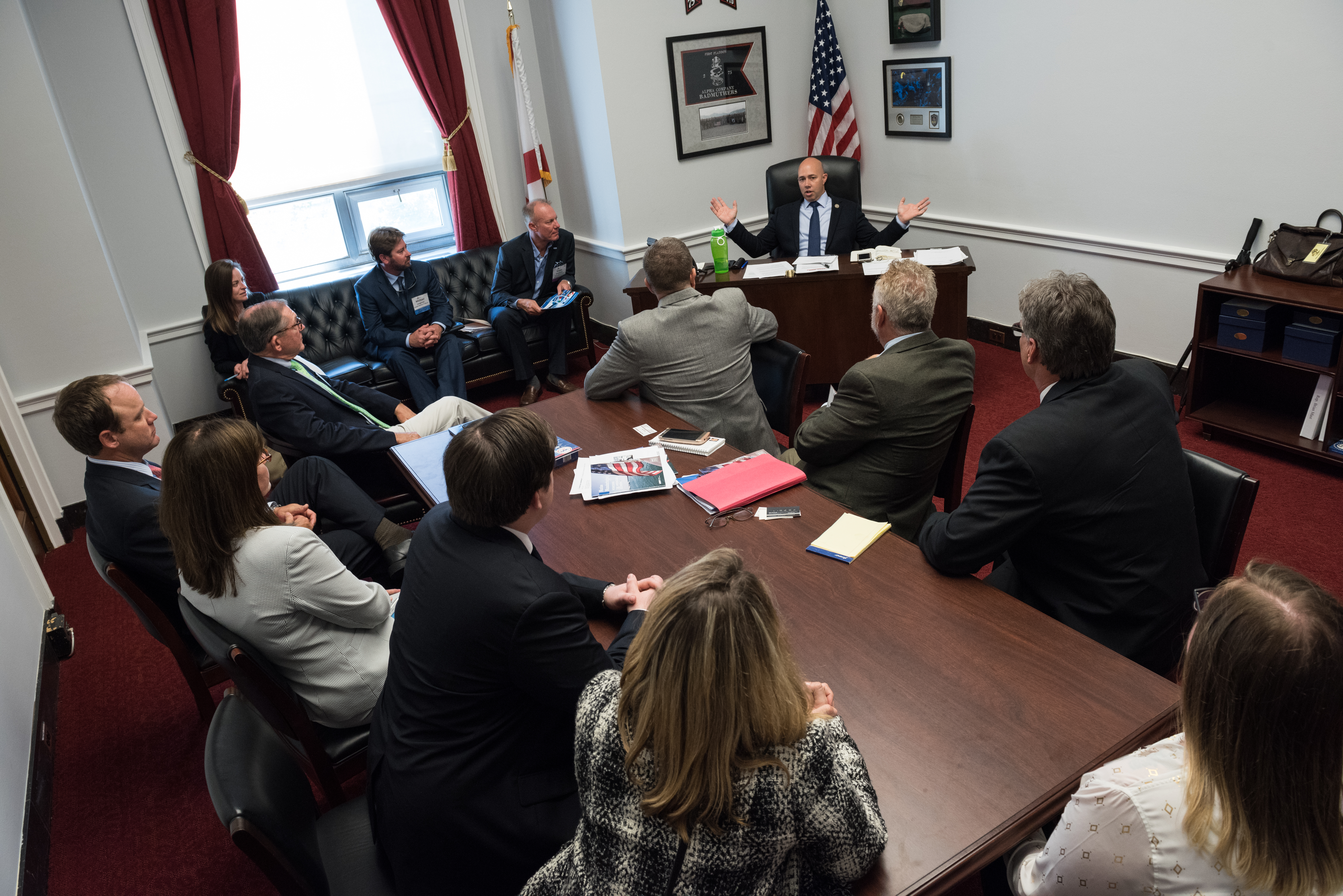 The 2017 American Boating Congress (ABC) - the marine industry’s premier political and legislative event produced by the National Marine Manufacturers Association (NMMA) and more than 20 co-hosts – wrapped up last week, drawing nearly 250 attendees who gathered on Capitol Hill to meet with the nation’s leaders and champion issues most impacting the recreational boating and fishing industries.

Core policies including infrastructure, access, ethanol, workforce development, tax reform, and conservation were the focus of the conference’s new Issue Workshops and during Hill Visits.

Thanks to these advocacy efforts on the Hill, the Congressional Boating Caucus immediately signed up two new members:

“NMMA is overwhelmed at the number of organizations across our industry that came together during ABC to educate the nation’s leaders on the significant impact recreational boating and fishing have throughout the U.S.,” said NMMA President Thom Dammrich. “Making a lasting impact through advocacy requires every single voice our industry has to offer, and by joining forces each year, our presence has only continued to strengthen ties in Washington, D.C., creating positive change for recreational boating.”

“This year’s ABC was one of the largest gatherings of boating and fishing stakeholders on Capitol Hill—we came together as part of our collective interests in promoting and protecting our industry and as a result demonstrated our impact among key decision makers,” noted Nicole Vasilaros, vice president of federal and legal affairs for NMMA. “The positive energy and enthusiasm among attendees was palpable as we committed to working together to make a difference in our industry and met with lawmakers to share our story. We are excited to explore next steps coming out of the Hill Visits and we thank all ABC co-hosts, attendees, and sponsors for their dedication and interest in advocacy.”

Highlights from ABC 2017 include:

The 2018 American Boating Congress is scheduled for April 30-May 2. Contact Laura Crisler for more information on how to get involved at lcrisler@nmma.org.

ABC would not be possible without the generous support of the following sponsors:

The planning, development and promotion of ABC is made possible by this year’s co-hosts: