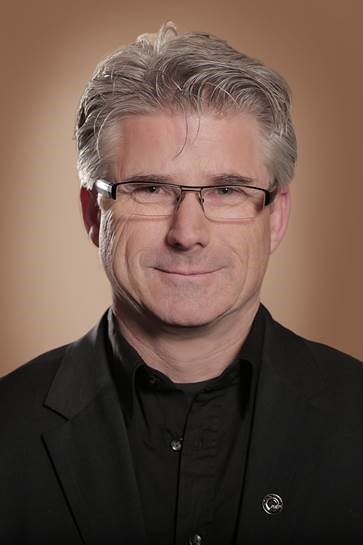 The NMMA in Canada announced today it has inducted Denys Lapointe, executive vice-president of BRP’s Design & Innovation Centre, into the NMMA Hall of Fame. Lapointe’s career achievements and contribution to the recreational boating industry were recognized during the NMMA Canadian Recreational Boating Industry Session at the Toronto International Boat Show at the Allstream Centre on January 24, 2017.
The NMMA Hall of Fame is the Association’s highest honour. It was established in 1988 and recognizes individuals who have, or continue to generate, substantial and lasting contributions toward the advancement of the marine industry. It honours individuals whose names and deeds are synonymous with the pursuit of quality, innovation, and perfection within their respective spheres of expertise.
“Denys has contributed greatly to the advancement of the marine industry over the years and has propelled our industry forward through his perseverance in creating intelligently designed products that meet consumer interests,” said Sara Anghel, NMMA Executive Director and Vice President of Government Relations.  “We honour him with the Hall of Fame award in recognition of his constant focus on innovation, leadership and dedication to the industry.”
Lapointe is known for his innovation within the industry. Some of these early accomplishments began in 1985 when he joined BRP. He initially worked as a junior product designer for the 1988 launch of the Sea-Doo watercraft. Over the years, he has actively contributed to the advancement of the marine industry, mostly focused on watercraft. To this day, he remains committed to the industry and contributes substantially to the marine industry in his role with BRP. Over the years, Lapointe and his team have won numerous awards, including more than 60 international design awards such as the Red Dot Design Award, International Design Excellence Award (IDEA), Good Design Australia Award, Good Design Japan, Good Design/USA Award, iF Product Design Award, and more.
Due to Lapointe’s contribution, the 1988 Sea-Doo watercraft gave birth to an industry with huge potential. Lapointe and the Sea-Doo team designed and launched the first two-passenger watercraft with a V-Hull, rotary-valve engine, producing a class-leading 55 HP, capable of cutting through chip and pulling a water skier. Due to its modern design, attractive colours, technology, and relatively low prices, it met the needs of young and old water enthusiasts. Despite the economic downturn and issues related to free trade in the mid-90s, as a result of the forward-thinking products from Sea-Doo, the watercraft industry within the organization survived and bloomed.
In 2014, thanks to the talent and imagination of Lapointe, his design team, and BRP’s engineering team, the Sea-Doo Spark was created. It is an affordable, easier-to-use and more fuel-efficient watercraft. Its introduction was meant to “re-spark” the industry, and in 2015 the market showed 25 percent global growth vs. the previous year, a testament to the innovation, creativity, and customer-focused design of the Sea-Doo Spark watercraft.
Lapointe also led the design team that developed the unique look of the Evinrude G2. It is the first outboard to come with extensive customization options with five options for standard side panel colours and 14 accent colours.
NMMA is pleased to honour Denys Lapointe on his outstanding achievements and congratulates him for his incredible service to the marine industry.