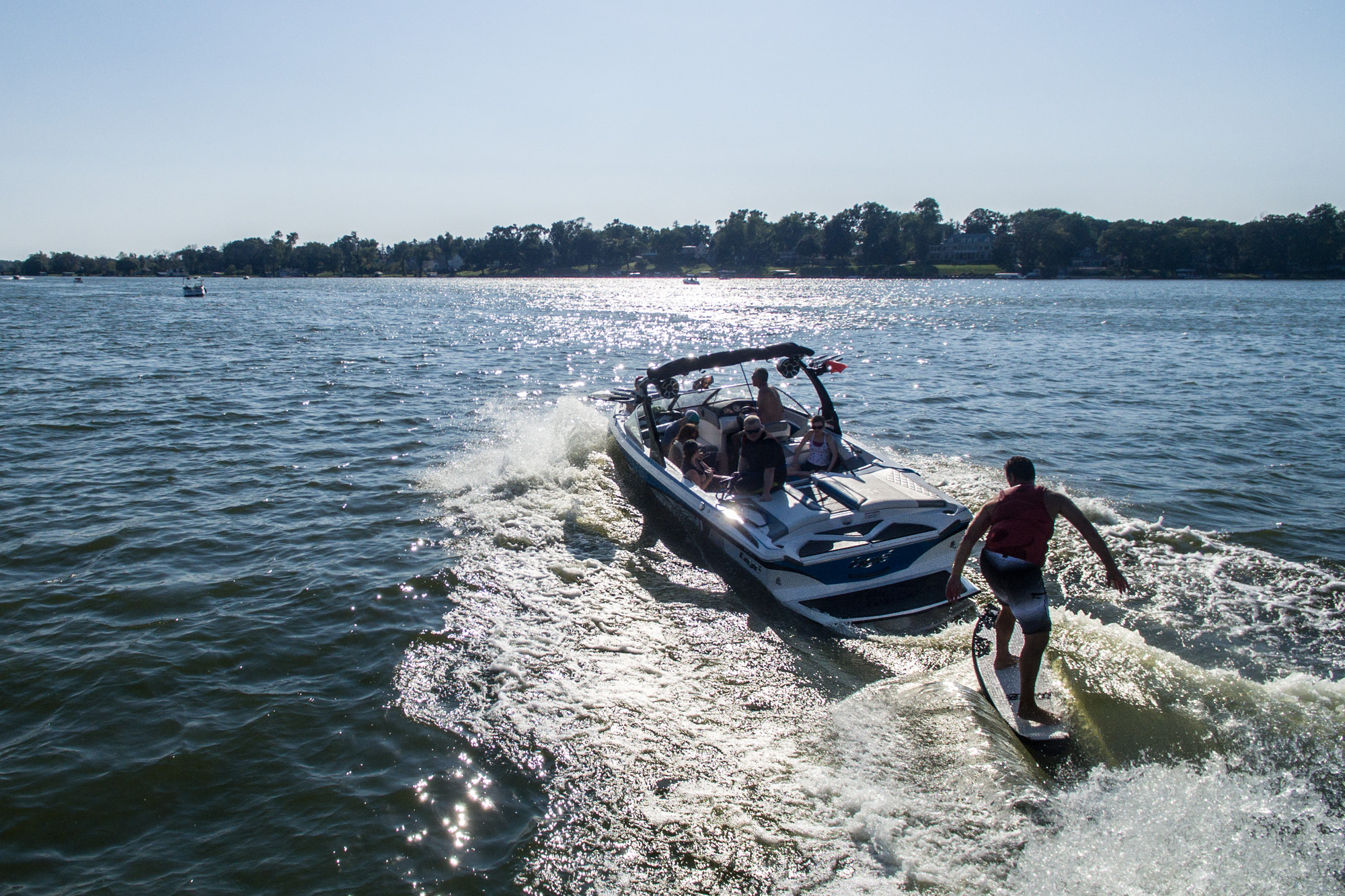 In fact, as one of the few original American-made industries – 95 percent of boats sold in the U.S. are made in the U.S. – recreational boating is seeing some of its healthiest gains in nearly a decade, a trajectory the NMMA expects to continue through 2018.

“With the U.S. boating industry having one of its strongest years in the last decade in 2016, and manufacturers saying, ‘we’re back!’, it’s likely we will reflect on this period as a golden age for our economy and our industry,” notes Thom Dammrich, NMMA president. “Economic indicators are working in the industry’s favor—a continuously improving housing market, strong consumer confidence, growing disposable income and consumer spending, and low interest rates all contribute to a healthy recreational boating market. Looking ahead, 2017 is likely to bring new dollar and unit sales gains on par with or better than 2016, and this trend will likely continue through 2018.”

Heading into 2017, U.S. manufacturers are gearing up for a busy winter boat show season to further attract the growing number of boating enthusiasts. Boat shows provide a platform for the boating industry to unveil its latest innovations around the country, and generate as much as 50 percent of annual sales for some manufacturers and dealers. They’re also the best time for consumers to shop as dealers and manufacturers offer some of their most attractive incentives and deals, while giving shoppers the chance to compare different boats, and different dealers, in one location. The shows also provide a glimpse of buyer trends and sales for the year ahead:

Big boats are back—One of the more standout areas of growth in 2016 was among yachts and large cruising boats—a category that has been slower to rebound as high net worth individuals looked to remain more liquid post-recession. New yachts and cruisers are expected to have seen gains between one and three percent in 2016, and that trend is likely to continue into 2017 as consumer confidence and spending remain strong.

Intuitive marine technology—The boating industry has embraced new technology from docking a boat with a joystick reminiscent of video games to creating wake surf waves from a wristwatch. As consumers turn to their smartphones to manage numerous aspects of their lives, manufacturers are responding and will unveil boats at 2017 boat shows that provide a more intuitive experience—one that makes certain aspects of operating a boat as simple as pushing a button.

Shared experiences—The ‘sharing economy’ isn’t lost on the boating industry, which is welcoming the opportunity to expose a new demographic to life on the water with everything from boat rental apps to shared boat ownership. Companies like Boatsetter, Boatbound, Sailo and GetMyBoat are some of the options listed on the industry’s DiscoverBoating.com, which helps beginners find ways to get on the water.

U.S. Recreational Boating by the Numbers

###
About NMMA: The National Marine Manufacturers Association (NMMA) is the leading trade organization for the North American recreational boating industry. NMMA member companies produce more than 80 percent of the boats, engines, trailers, marine accessories and gear used by millions of boaters in North America. The association serves its members and their sales and service networks by improving the business environment for recreational boating including providing domestic and international sales and marketing opportunities, reducing unnecessary government regulation, decreasing the cost of doing business, and helping grow boating participation. As the largest producer of boat and sport shows in the U.S., NMMA connects the recreational boating industry with the boating consumer year-round. Learn more at www.nmma.org and get engaged with us on Twitter and LinkedIn.