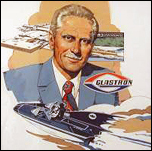 In the early 1950s, Robert R. Hammond saw the untapped potential of the recreational boating industry and became a pioneer not only in the manufacture of fiberglass boats, but also in the promotion of the sport. Hammond recalls the early days as a “Golden Era,” when he and other industry colleagues developed new designs, materials, production methods, propulsion systems and marketing strategies that created dramatic changes and growth in recreational boating worldwide. His talents and efforts benefited the industry, improved the product by standardizing safety features and exemplifying performance, value, and easy maintenance, and expanded international markets.

In 1953, Hammond was a production manager and designer for the fiberglass division of an aluminum boat builder, dreaming of heading a new company that would use advanced design, styling and features. He acted on that dream in 1956 when, after meeting with a small group of potential investors, Hammond rented a garage and built molds and a prototype boat, working on evenings and weekends. On the strength of that prototype, he and his investors raised a little more than $20,000 in cash and found a 4,000 square foot building to rent in Austin, TX. Hammond’s wife, Bettye, named the company “Glastron”.

In the next seventeen years, the little company became the industry sales leader. They operated the largest boat plant in the world under a single roof, with a Glastron boat rolling off the assembly line every four-and-a-half minutes.

Hammond always believed that the best-run American companies were the ones that attracted and retained top management teams. During his tenure, he followed that strategy and ensured that Glastron executives were leaders in engineering, manufacturing, marketing, advertising, promotion and financial control. Hammond’s team grew with the boating industry’s changing market demands and developing trends, and produced innovative ideas ranging from Henry Ford-inspired production lines, to overseas incentive trips, to the early adoption of data processing for raw material cost and control.

In those early days of recreational boating, both dealers and the boating public were skeptical of fiberglass as a boat-building material, and innovating marketing techniques were necessary to sell them on the concept. In 1955, back when Hammond was starting his career with the Lone Star Boat Company, a live broadcast of the “Today Show” from the New York Boat Show showed a 15' fiberglass boat from Lone Star—one which Hammond had helped produce—drop 15' from a forklift in order to demonstrate the material’s strength. Hammond took the lesson in media attention to heart, and, starting with the very first Glastron boat, ensured that his advanced design ideas had a distinctive look, including a distinctive bow and tail-fin treatment and the extensive use of custom aluminum castings. Glastron sponsored a 17' outboard to drive from Houston to New York City via the Intracoastal Waterway, proving the durability and sheer “cool” of fiberglass boats; this was the first of many promotions which advanced recognition of Glastron. By the 1970s, Glastron boats were owned by such celebrities as Lyndon Johnson, Queen Elizabeth of England, and Greek shipping tycoon Aristotle Onassis. Glastron boats were featured in several Hollywood movies, including the custom-built “Bat Boat” for the first full-length Batman movie and the “flying boat” in the James Bond film Live and Let Die, which set a 110' jump record jointly promoted worldwide by both the movie studio and Glastron.

Hammond entered Glastron boats in high-profile races and found that as his products won races and set records, his company attracted national attention. Each new Glastron model was rough-water tested in the Gulf of Mexico, verifying the boat’s durability and performance.

Tens of thousands of new participants flocked to recreational boating, with many choosing Glastron boats. Glastron built on the success of domestic sales and made strides in international outreach, helping to establish positive international recognition for American boats. Since the 1966 London Boat Show, Glastron has shipped to more than 50 foreign countries and has secured manufacturing rights in seven. Distributors were invited to Austin every fall to book orders for the winter, thus allowing for steady production and lower manufacturing cost.

Throughout his career, Hammond has shown talent for bringing together common interest in mergers and strategic alliances within the boating industry. He identified boating’s challenges in visionary style, telling Boat & Motor Dealer in 1973, “The biggest thing the industry can do to enlarge its appeal to the public is to make boating easier, safer and more trouble-free for the consumer. This means giving a more carefully engineered and manufactured product, as well as improved after-sale service.”

Hammond remained active in industry service throughout his career, serving on the boards of both the Boating Industry Association (BIA) and the National Association of Engine & Boat Manufacturers (NAEBM), organizations which merged in 1979 to form NMMA. Hammond also served on the board of the American Boat & Yacht Council (ABYC). As BIA Boat Engineering chairman, he was an early advocate of industry safety standards. At the 1998 Miami International Boat Show, Hammond endowed an NMMA award recognizing industry leadership. In 1974, Hammond resigned from Glastron in order to found a new company which used his name and was based on building a modest number of boats to high standards of excellence. In its second year of production, the Hammond Boat Company won Powerboat Magazine’s prestigious “Boat of the Year” award. Hammond again sold his interests in 1983 and since then has been primarily involved in personal investments. He is an enthusiastic tennis player and holds a single and multi-engine pilot license with instrument rating, which he uses to fly his Cessna P210N throughout the U.S. and Mexico on both business and pleasure. Hammond resides on Lake Austin, TX with his wife, Bettye.